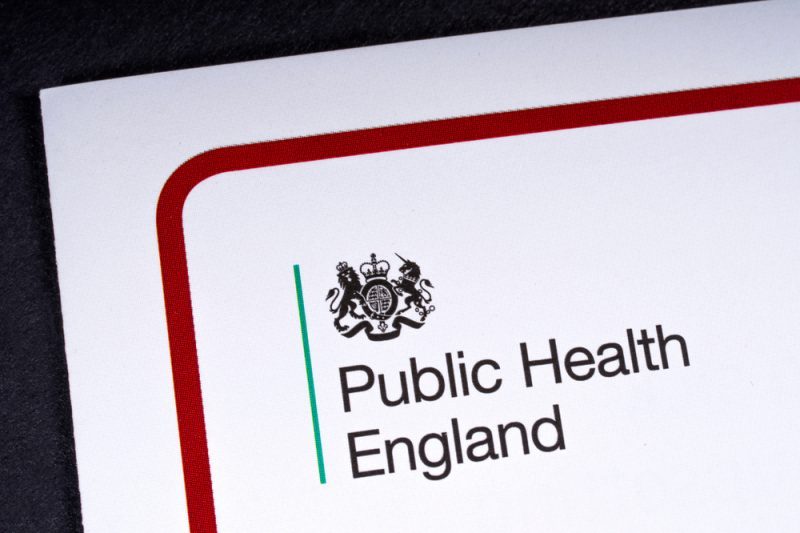 Government-backed advisory body Public Health England set a voluntary target for sugar reduction for food manufacturers operating within the sweet goods and confectionery sector of 20% by 2020, which has yielded a low level of attainment over nearly five years, reports Neill Barston

Progress by manufacturers on reducing sugar within the confectionery and biscuit sector has continued to stall against a target of 20% voluntary cuts by 2020 sought by the UK government advisory agency Public Health England (PHE).

The national body had been expected to release a final report relating to how companies had matched up against its goals, but tackling the coronavirus pandemic has placed other priorities on hold, with no confirmed date for its release on the topic. Its ambitious target had been set in the wake of studies highlighting the fact one in three children within the UK are now considered overweight or obese, prompting an urgent call on industry to respond.

However, analysis of major brand releases over the past year by Confectionery Production has found only a limited number of key product releases targeting sugar reduction in the past 18 months. Within the PHE report for 2015-18  its results concluded there had been only partial headway made by the sector, with some segments showing low levels of engagement.

On a national level, Prime Minister Boris Johnson has questioned whether such measures are effective, labelling levies as ‘sin taxes’ that affected the poorest. He promised a review, which has yet to be enacted.

The findings of the PHE study revealed that between 2015-2018, retailers and manufacturers had managed an overall reduction of 2.9% in sugar levels, with yogurts managing a 10.3% reduction, while biscuits achieved 0.6%, ice-cream and chocolate 0.3% reductions, while sweet confectionery registered a 0.6% increase over three years.

Since that period, the last 12 months have seen several notable exceptions to this apparent trend, with Cadbury releasing a 30% reduced sugar version of its classic Dairy Milk Bar, Mars releasing a protein-enhanced version of its Mars Bar with 40% sugar cuts, as well as a 30% sugar reduced option for its snickers bar. Within the biscuit category, Mcvities has also enacted sugar reduction across its ranges. Last November, Nestlé has also unveiled a no-added sugar version of its KitKat (below) as part of its chocolatory series that was released in Japan, though its flagship Wowsome sugar-reduced bars, which were introduced in 2018 with 30% sugar reduction have been discontinued with a reported lack of consumer sales.

From the outset of the PHE initiative from the government, campaigners questioned whether the target should have been made mandatory – and subsequently cited the sugar tax introduced on drinks leading to a 30% drop in consumption within that category. However, a number of industry manufacturers expressed doubt the target could be achieved with sugar being such an integral part of confectionery.

Despite this, there have been notable strides made in technological capability within the sector which have made sugar reduction technically possible. These include Cargill’s major investment into its Belgian chocolate making facilities that offer its manufacturing customers the opportunity to deliver product ranges with more than 30% reduction in sugar levels, and fellow major cocoa and chocolate processing group Barry Callebaut has also released its own stevia-based product ranges with zero added sugar. Last September the business also demonstrated its wholefruit chocolate series, which features around 40% less sugar than standard confectionery ranges, though this has yet to reach commercial production.

In addition, there have been several campaigns from manufacturers encouraging responsible enjoyment of confectionery that addressed the issue, including Mondelez International’s ongoing ‘snacking made right’ initiative, promoting responsible enjoyment of its ranges. It has also instituted a plan to reduce calories across its ranges which will be brought into effect over the next year.

However, after several years of industry data being collected, the 2020 deadline set by PHE has now arrived with little recent evidence to demonstrate that companies have come close to delivering key sugar reduction levels that have been requested.

For its part, campaign group Action on Sugar, has called for an ‘energy density’ levy, which is effectively a similar tax to that on drinks, to drive progress.

Holly Gabriel, a nutritionist with the group, explained there had been ‘huge variations’ in how manufacturers had tackled sugar reduction. In terms of reformulation, she said it had been the case that larger companies were able to make the most inroads on the basis of having greater research and development budgets, while many SME’s did not have the resources to deliver amended recipes.

She said: “The sugar reduction programme hasn’t been very successful, and one of the main reasons for this is that it is voluntary. “As a group, we believed the best way to tackle it would have been to do it in an incremental, more subtle way, so consumers almost don’t realise that it has  happened.

“Mandatory measures are much more successful than those which are not, as has been seen with the drinks sugar tax,” explained the nutritionist, who added that while there had been some notable developments such as portion sizes being reduced, there was a genuine concern this simply lead to recipes including higher levels of calories.

Gabriel added: “There has been a number of 30% reduced sugar bars that have been created, but some of these are no longer being made. The issue with these is that they are only targeting a specific market, and they are not the main lines that are marketed.

The issue of sugar reduction in confectionery and sweet goods is one that has remained a long-term challenge. As we previously reported, a study from Queen Mary University of London revealed that chocolate confectionery sold in the UK between 1992-2017,’ found that at the start of the survey period, sugar content stood at 46.6g per 100g with product ranges, while 25 years later, it had in fact risen to a figure of 54.7g per 100g, that demonstrated the key challenge of making products taste as appealing with a reduced level of sugar.

Confectionery consultant Andy Baxendale believed there was still no effective replacement for sugar in most confectionery.  He said: “My views on this are unchanged in the sugar in confectionery is honest,  and not hidden as in fizzy drinks. The government would be better advised to educate the public on diet and exercise rather than pillorying the manufacturers with taxes and pointless redevelopment that often includes utilisation of man made sugar alternatives and sweeteners some of which have questionable health benefits.

“Sucrose and the glucose that results from its ingestion are necessary for life and have been proven to aid communications between cells in the human body – presumably a total non sugar diet would therefore have some harmful effects on the body.”

Public Health England was approached for comment and offered a brief response. It said: “Our focus is on tackling the coronavirus outbreak, and we will discuss future plans when more normal business resumes.”