The UK’s Academy of Chocolate (AOC) has reported a significant rise in vegan-friendly entries for its annual awards, with contenders emerging from Russian, Brazilian and south-east Asian artisans, writes Neill Barston.

As the organisation explained, this year’s entrants have reflected a notable shift in global chocolate making, as a greater number of global consumers move towards favouring plant-based diets.

According to the AOC, there have been 50 entries from new chocolate producers around the world, with the event now being in its 16th year, demonstrating the resilience of producers during what has been a challenging year for the sector.

Increased consumer awareness of the origin, craft, and sustainability of fine chocolate was reflected in this year’s entries – many of which contain the vegan options and ethically sourced ingredients.

As the academy noted, tea and coffee feature strongly in flavoured bars, with local ingredients, such as perilla, pitanga, and jerk seasoning in tree-to-bar entries. Buckwheat, spruce shoots, Nordic birch sap, and caramel are also popular among European bean-to-bar makers.

Chantal Coady, co-chair, The Academy of Chocolate, said: “The Academy has always been an advocate of pure dark chocolate in particular, in which form the consumer can enjoy the subtle nuances of different cocoa varieties and terroir, very much like fine wine.

“These days many people refer to dark chocolate as vegan friendly, we have known this well-kept secret for many years, in fact one of the AoC’s early triumphs was getting industrial makers to stop adding butter fat into dark chocolate so seeing more of this is fantastic.”

Equally impressed by the standard of entrants so far, Clive Martyr, co-chair, The Academy of Chocolate, added: “It is very encouraging to see such a strong entry in this year`s awards, despite the significant challenges being faced by small businesses due to Covid-19.

“The adaptability and resilience of the fine chocolate sector during this time has been impressive and bodes well for the industry in the future. We have thoroughly enjoyed 2021 class of bars from all over the world and look forward to announcing the winners in September.”

Barry Callebaut drives sustainability for its US ‘Better for You’ ranges 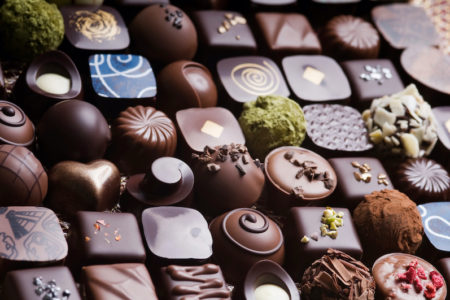